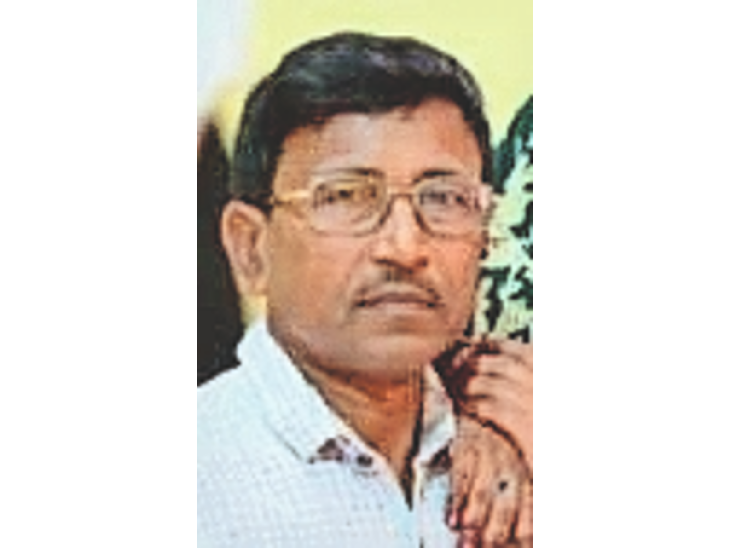 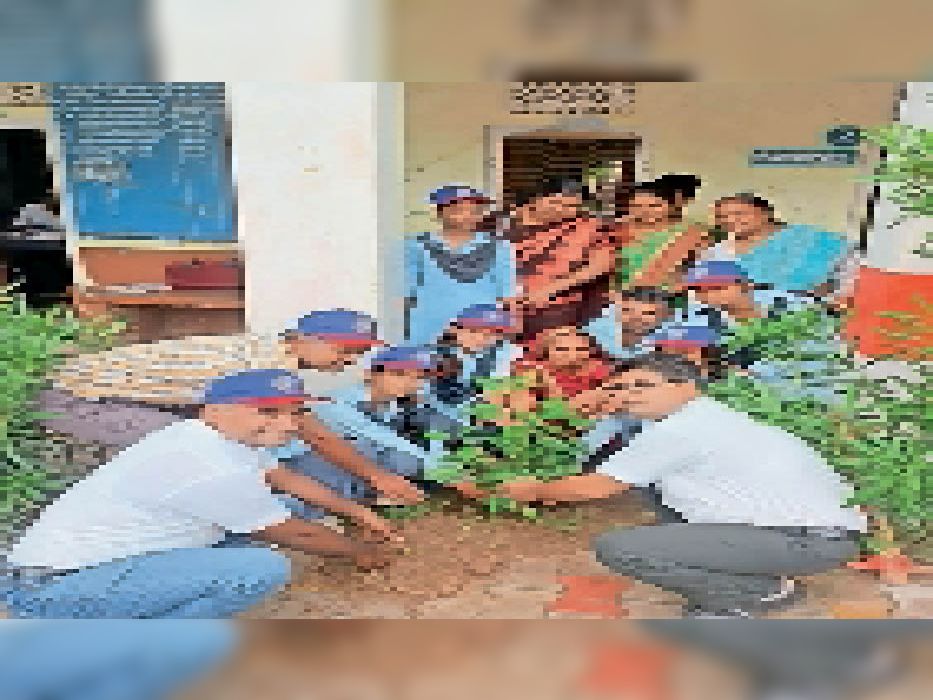 Plantation program was organized at many places on the occasion of Hariyali Amavasya on Thursday in the surrounding rural areas including the district headquarters. On this occasion, various types of saplings were planted by officers, teachers, students and common people at public places including schools and spoke of regular care by pouring water in them. On the occasion of Hariyali Amavasya, the officers planted saplings at the civil line at Bajaria at the district headquarters on the occasion of Amavasya. Gone. Former city council Chairman and social worker Rajesh Goyal said that on this occasion, the Chief Executive Officer of Zilla Parishad Abhishek Khanna and Upazila Collector Sawai Madhopur Kapil Sharma started the program by planting saplings. On the occasion of Hariyali Amavasya, 51 Ashoka saplings were planted. So far 131 saplings have been planted in the civil line, including tree guards. Saini society has pledged to protect environment by planting saplings: Saini (Mali) Samaj under the leadership of former District President Sachin Saini of Sawai Madhopur, people of Saini Samaj, ward number 23 Plantation was done on greenery Amavasya. During this time, others including Sachin Saini, while planting about 51 different types of saplings, pledged to conserve them. After this, Goseva was done by feeding green fodder to Gowvansh at Radha Krishna Goshala. Similarly, plantation was done by agricultural officers and employees at Kisan Seva Kendra of Gram Panchayat Shyampura. Plantation in schools: District Authority Secretary Shweta at Mahatma Gandhi Government School Sahunagar under the Building The Nation Green Campaign under the auspices of District Legal Services Authority Sawai Madhopur. Plantation was done by the teachers and students of the school including Gupta. Plants were planted by girls at Dhani (Ravanjana Chaud) of Pipalwara Rapravi Binjara, including teachers at Rabaumavi Mantown in Indira Colony, Bajaria. Also, the students were given the responsibility of maintaining their maintenance. Plants were planted in the Government Ayurvedic dispensary located in the town. Compounder Ramjilal Sahu said that tree-guards will be installed to protect the plants planted, so that stray animals can be defended. Plantation program was organized on Thursday at Swami Vivekananda Government Model School Surwal. The program was inaugurated by Dinesh Kumar Gupta Additional District Project Coordinator overall education by planting a plant. The school's Principal Om Prakash Sahu said that a target was set to plant 500 saplings in the local school, out of which 300 saplings have been planted. According to the instructions of the District Collector at Government Adarsh ​​Higher Secondary School Bahravanda Khurd, on Thursday, the Principal Ganga Prasad Meena and the students of the National Service Scheme were planted in the school premises. During this time, 30 plants were planted in various types of fruits, flowers and shady. About 100 shady plants were planted in the Rabaumavi campus of the town on Thursday under the plantation program. On the occasion of Hariyali Amavasya, Lions Club also took the responsibility of security by adopting them by planting one hundred tree guard of Peepal and Banyan in the Baunli area. In order to protect the environment in the schools of the area including the town, students and teachers planted saplings on the day of greenery and security was taken. Hindupura | A tree plantation program was organized on Hariyali Amavasya at Government Higher Secondary School Hindupura. In which members and villagers of SDMC participated. Many types of trees were planted in the campus. In the holy festival of Hariyali Amavasya and in the month of Sawan, the plantation was sworn in saplings in schools. According to the information, plantation was done in schools on Thursday on the occasion of Hariyali Amavasya. Plantation was done at several places on Thursday in the subdivision area and resolution of their safety was taken. During this time, the importance of environment was highlighted by planting saplings in government schools. Along with government employees, public representatives also planted saplings. More than 100 plants were planted under the chairmanship of sarpanch Sita Saini in place of Pir Baba, located from Gadharwas in Tehsil area. Bhagwatgarh. Plantation was taken to protect the plants by planting saplings in state schools and offices of the area. On July 28, a special plantation campaign was conducted in the district, under which plantation was done at other places including Government Higher Secondary School Balaria, Primary School Torda, Agriculture Department Office, Higher Secondary Adalwara Kala. 200 saplings were planted in the presence of CBEO Lalita Meena in Balaria. Copyright © 2022-23 DB corp ltd., All rights reservedthis website following follows the DNPA Code of Ethics.

Read more: Mecca cheating: After the son in a fraud of Rs 8 crore, now a case is also filed against father, demand to attach property

Uncontrollable Corona: 10 new cases, the highest in the last six days, active 33, 13574 Corona Positive received so far in the district

PWD not approved by Railways: The gate was to be closed from today for RUB construction Crisis on Sikh soldiers in America: Choose religious beliefs or duty, to save faith, arrive in court

Amrit Festival: Electricity is getting 20 hours in every rural area: DM